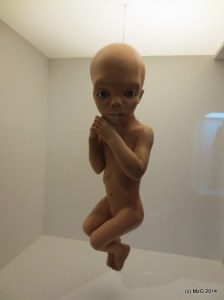 I am not an expert on these matters.   I merely know what I like and what I don’t like.   And though there were movies of his that I absolutely did not like, I cannot ignore the profound impact his movies have had on me.   I don’t know anyone who will deny, if they have seen the movie, that when they hear Also Sprach Zarathrustra or The Blue Danube they can think only of 2001 – A Space Odyssey.   There are those of us who saw A Clockwork Orange who will never be able to see it again because of its assault on our morality, senses, and emotions.   I have a friend who can’t listen to Beethoven’s 9th, Ode to Joy, or the William Tell Overture anymore after seeing the movie without seeing the most vicious and disturbing scenes in her mind’s eye. We don’t understand what some of these movies were about but we simply cannot forget them. He arguably redefined the relationship of music to American film, camera work with American film, and even redefined how to tell a tale.   He turned the ghost story on its head with The Shining and confused us about war and violence with Full Metal Jacket. I am speaking of course about Stanley Kubrick, one of the greatest American filmmakers of all time. He made only sixteen movies in forty-eight years, three of which were documentary shorts made very early in his career. Fans waited eagerly for years between movies. Disappointed or not by what I saw, I know that there was great depth and thought put into every inch of film he shot. There is so much to say about him as a filmmaker, that I could probably study him for years and still not understand his films or his process.   But I cannot stop being compelled and drawn to his work.   In November 2014, the Toronto International Film Festival, mounted a retrospective of his work at the TIFF Lightbox location in Toronto. I eagerly attended and was surprised by the mashup curation of the main exhibit.   I got a new perspective on the man and his movies and learned about some I had yet to see.   My show today is separated into two parts. The first takes place in the main exhibit. I sometimes compete with the cacophony of music that surrounds me, and try to provide a sense of how the exhibit takes you through his body of work.   The second takes place in a quieter section of the exhibit where various people share their opinion on select works by this master. 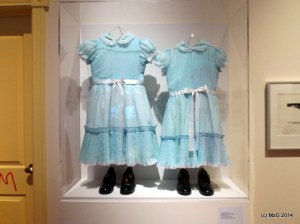