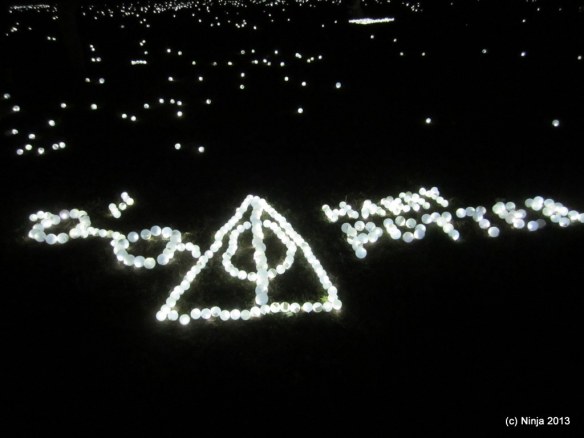 If you don’t know what Nuit Blanche is, it’s a sunset to sunrise festival of art held in cities across the globe.  In Toronto,  it is normally held the last weekend of September.  Originally conceived in Paris in 2002, the name has come to mean “Sleepless Night”.  There are far too many art events and installations for any one person to see in a twelve hour period and Special K and I are no exception  to that limitation.   In my show today I focus on sharing soundscene audio from a mere five out of dozens of events.   Glow in the Dark is the first.   L.E.D.s inserted into hundreds of ping-pong balls light up the ground in Bickford Park.  The result is unexpected.   Highwater 2012 is a floating display of objects in the Roy Thompson Hall pond.   Objects, somewhat ghostly in their whiteness,  float by below us, evoking an odd sense of loneliness and discomfort.  Who do or did these objects belong to?  Where are their owners now?  What were their lives like?   Lifecycles, 2012 is a video installation with original soundtrack that shows the time-lapse growth cycle of what we think is kale, that grew in Phoenix, Arizona, home of the artist.     We also stop by transparent sealed booths to listen to three masters solving the Rubick’s cube.   Each solver has a microphone attached to their sleeve and the sound captured is amplified through speakers.   Finally I share the surreal experience we had at the installation Caverne St-Clair 20012.   Fragments of culture, writing, and musical scores found in 2012 are re-interpreted by the artist in the year 20012 with some strange and hypnotic results. 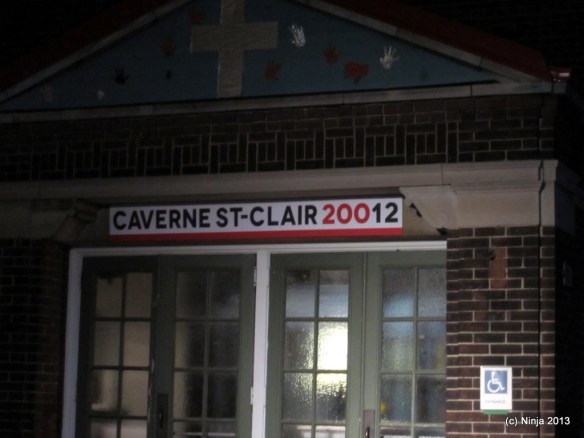 Inside: Archaeological Findings From 2012

Enjoy these snippets of Nuit Blanche 2012. By the way, if I haven’t said this before, my shows in recent years are best listened to with headphones for a feeling of actually being there, noise cancelling headphones if you have them.

Links to things talked about in this show:

http://2012.scotiabanknuitblanche.ca/project.html?project_id=1154  Glow in the Dark 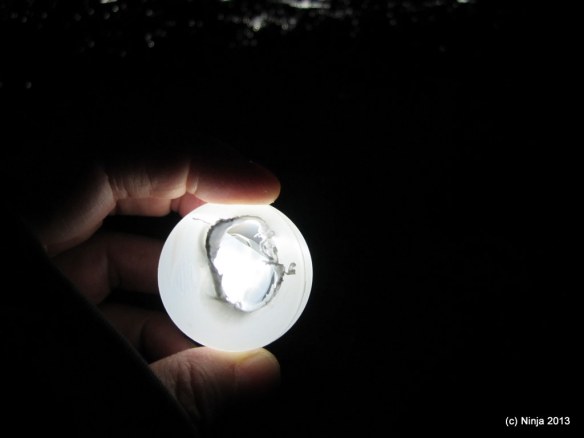 Joan comes to a podcaster’s meetup and starts asking questions that everyone wants to answer yet digresses from. Revealed: What is it about podcasting that makes us want to spend hours and hours editing? Podcasting is about passion. We discuss the intimacy of podcasting, lattes, beer, and subjectivity. Sean admits he can listen to a knitting podcast and be thoroughly engaged. And challenges us to listen to his podcast about songwriting at Ductape Guy.

We learn that podcasters are communists, anarchists, members of knitting cults, hobbyists, navel gazers, former hippies, and most important of all: communitists – a new word coined by Joan. (Later that evening Katherine comes up with the verb form: communitize). Scarborough Dude swears a lot and then Joan swears back. So listen to this MetaCast with Sean, Katherine, Ken, Daniel, Rob, John, Valerie and others.